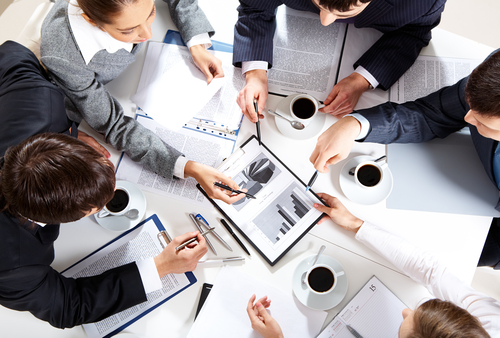 2017 seems to be a year of significant milestones in Canada’s History, and I am not just talking about Canada 150 here

This year also seems to be a year in which Canadians see a larger than usual number of tax changes and tax proposals that will significantly affect taxpayers going forward. Some of these changes already took effect at the first half of the year, while others are set to take effect next year.

Such changes will, for sure, have inadvertent impact on the taxpayers, both individuals and businesses.

On his article below, which was posted at wealthprofessional.ca, Joe Rosengarten talks about the unintended impact of the government’s tax proposals. Read on.

The Unintended Impact of the Government’s Tax Proposals

With the consultation period for the federal government’s proposed tax changes coming to an end, advisors should have made some effort to identify which of their business owning clients will be affected and to what extent.

The proposed changes could significantly impact trust and estate planning for small business owners and could lessen, if not eliminate, tax advantages gained by owners through the use of trusts. Small businesses also face the risk of double taxation on their estate with no recourse under the proposed tax rules.

For Deborah Graystone, Private Client Service Practice Leader of BDO Canada, the potential impacts to trust and estate planning were some of the most unexpected parts of the consultation paper.

“The more we look at the proposals, the more we realize that there are significant potential impacts to trust structures and estate planning for small businesses and all private companies and their shareholders,” Graystone says. “People who have been using trusts for income sprinkling and capital gains exemption multiplications will definitely be affected.”

Although still just proposals, the government has drafted legislation around the changes, which suggests a determination to get them passed into law. Graystone does expect, however, that tweaks will be made to certain sections before they are implemented. The pipeline strategy, a technique for minimizing the taxes of a deceased person who owned shares in a private company, is one area Graystone hopes the government looks at again.

“We understand the government didn’t intend to catch this type of planning technique but the rules clearly do catch it, and there is no really good alternative. The proposed rules are far greater than the government intended,” Graystone says.

“There is a lot of uncertainty right now and we urge advisors to get up to speed on how estate planning will be affected because it is an extremely complicated area. Under the proposals, the tax rate could increase significantly – clients could be facing double or potentially triple tax.”

If, as most people expect, the changes do go through it will represent what Graystone describes as “a regime change to the taxation of private companies and their shareholders”. Not only is filing taxes going to become more complex, the cost of complying with the new rules is also likely to become an issue for many small companies. As in all times of financial upheaval, advisors have a crucial role to play.

“We are looking at how these changes will affect our clients and are trying to identify clients who need to restructure before the end of the year,” Graystone says. “The consultation period ends on October 2nd and advisors need to make sure their voices are heard. Advisors should be making considered responses to the government’s proposals.”

Read the original article here: The Unintended Impact of the Government’s Tax Proposals

Want to know how these tax proposals will affect you? Do you have any tax-related queries? Need assistance with tax planning and filing your tax returns? We can help! Contact us today!